Deposit and open up the Loot chest to win up to 500 bonus spins. 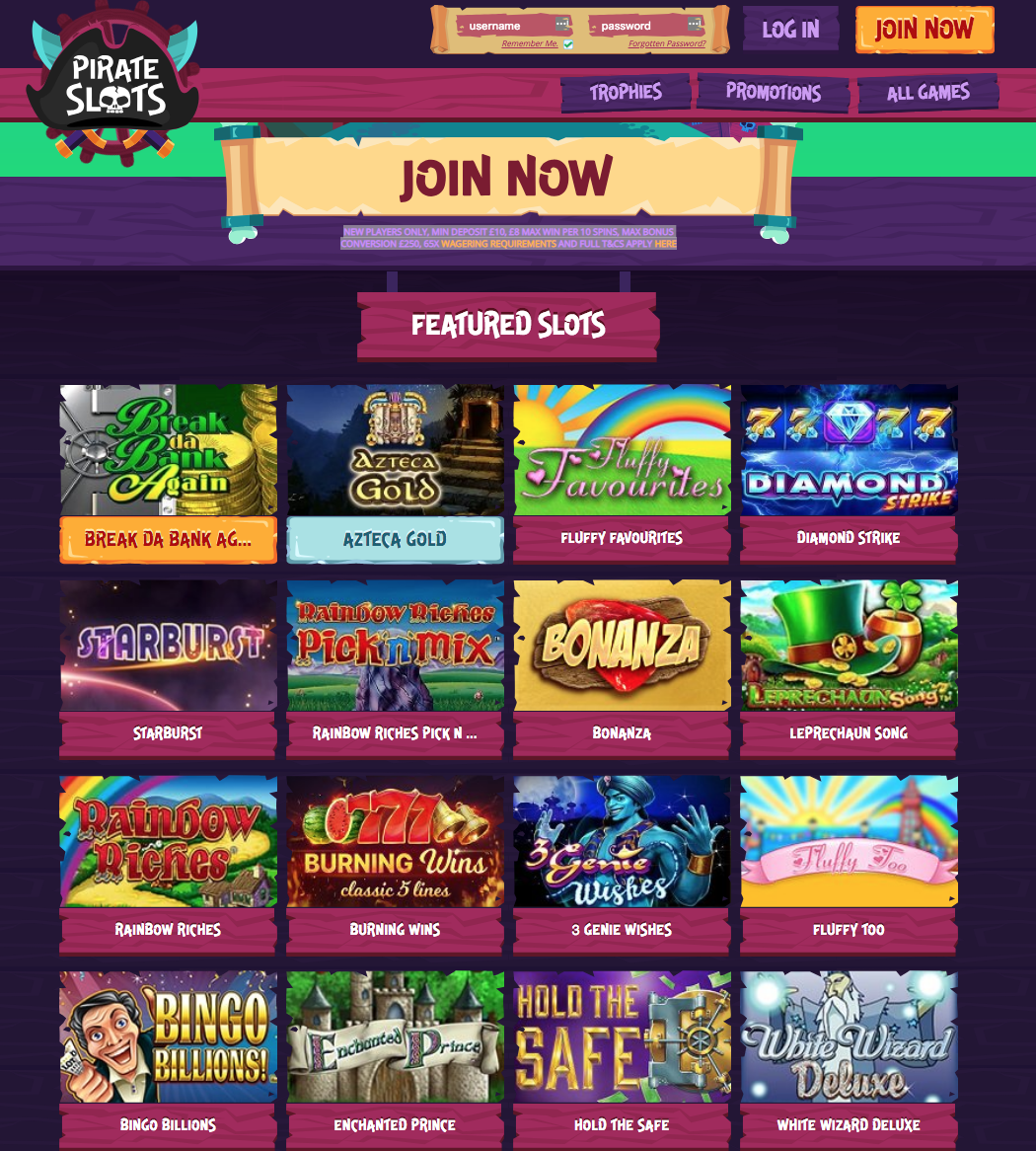 Jumpman Gaming are not exactly known for their originality, in fact, they are one of a few online casino operators who put far more priority behind quantity than they do quality, and it’s starting to really take the shine off any new site that comes from this operator.

This is very much the case with Pirate Slots, a new casino from Jumpman for September 2018, which is absolutely impossible to get excited about.

Even for Jumpman, there’s a definite sense of the derivative here, being that there is another site called Pirate Spins and several slot games with similar names.

However, if you do manage to Google your way to Pirate Slots, will it feel worth the effort?

Based on the history of Jumpman Gaming sites, we would all be forgiven for not having the highest of expectations, but let’s be open to this, we could be surprised, we have been before (granted, not by Jumpman, but anything can happen, right?).

So, can Jumpman capitalise on this potential and actually produce an online casino that’s worth visiting?

The worst part of the design at any Jumpman Gaming site is the less than responsible mechanic that means if you visit a different tab on your browser while Pirate Slots is open, the casino’s tab will implore you to come back.

With so much focus on compliance with ethical practices at this point, it’s surprising that this has slipped under the radar for as long as it has, and we can only hope that changes soon.

Aside from the glaring issue, there’s very little to talk about in terms of design here, a basic, cartoon style pirate ship stands (or sails) at the top of the page and everything else stays on theme, the theme just isn’t particularly excited.

By Jumpman’s standards, this is actually quite a good looking site, and thanks to thumbnails and clear labelling navigation is simple.

However, Jumpman’s bar is traditionally low, and being attractive for a site on this network does not necessarily equate to standing out in the online casino market as a whole, and in the case of Pirate Slots, there isn’t close to enough effort here for it to have any chance of competing visually with the giants of the industry, or even the middle of the pack.

Including slots, table and card games, and a collection of bingo options, there’s variety of game type as well as software developer here, so if games are all you are looking for, you could definitely do worse.

That, however, is where the big question lies.

Is an amazing selection of games enough to make up for the shortcomings of the rest of the site?

The truth is, in the modern era, when other sites have a list of titles at least these good if not better, as well as having a lot more to offer, you need more than one thing, and Pirate Slots doesn’t have it.