Up to 100 bonus spins on Starburst. 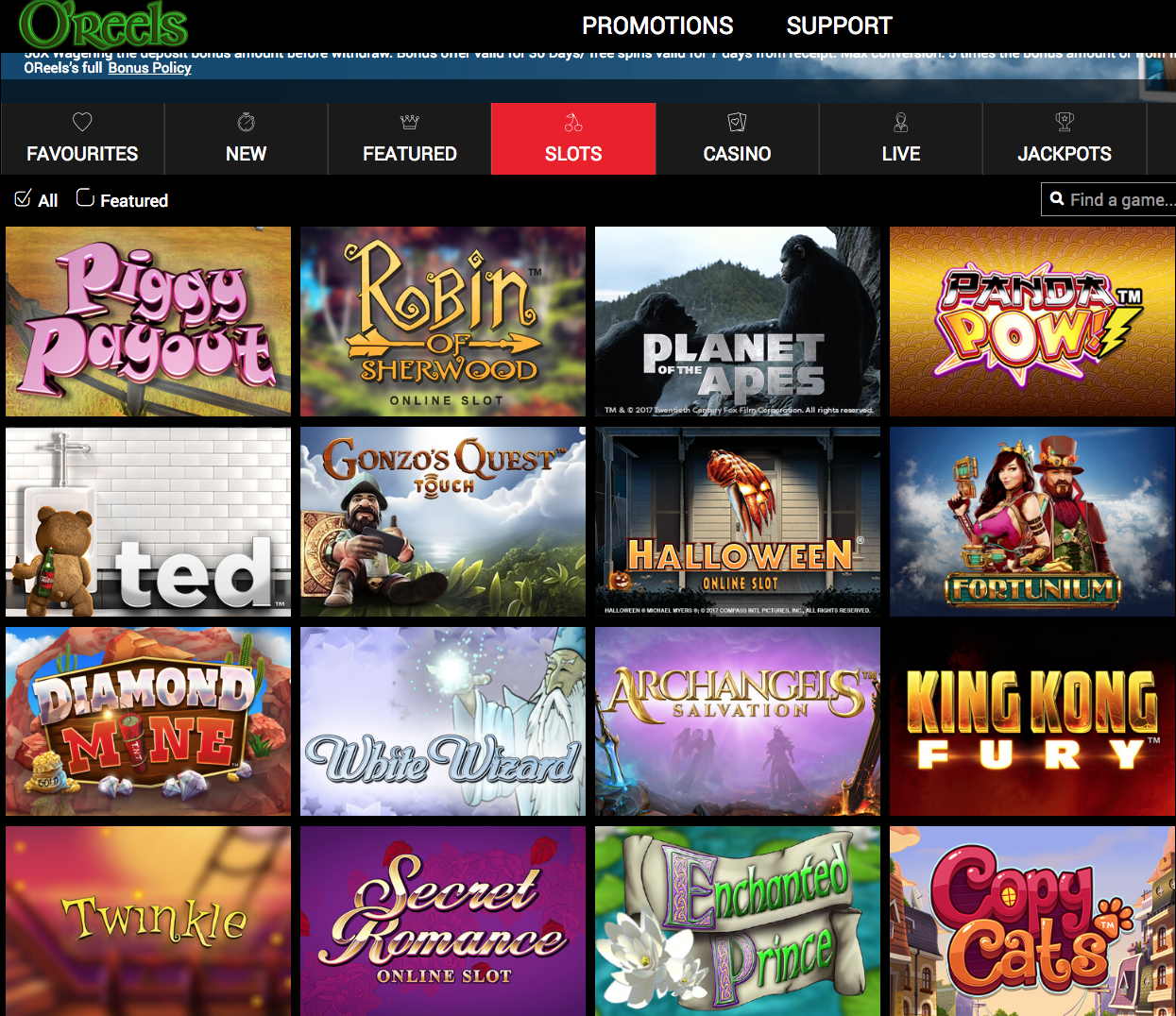 There was a point when the name ProgressPlay meant something, a new site coming from this operator would create a certain amount of buzz before it was even released.

However, ProgressPlay have gone the same way as a few other operators, in that they have chosen to take a quantity over quality approach that sees their portfolio of online casinos creeping up to 100 at this point.

As with most of the others who have fallen into this particular trap, the most frustrating thing about this decision is that there is very little to differentiate one site from the next, with pretty much every casino on the network looking similar, and having very similar content.

One of the latest to be coughed out by this lacklustre production line is O’Reels, a site that combines the disappointment of having nothing new, with the derivative, over-used and (by this point) boring theme of Irish Luck, something we’ve all certainly not been waiting for.

Licensed by the UK Gaming Commission (UKGC) and the Malta Gaming Authority (MGA) O’Reels is playable for many, but how much do you really want to play there?

Is O’Reels any different from the plethora of casinos that have been released by ProgressPlay at this point? Or just another clone to add to the collection that nobody wants?

As soon as you visit O’Reels, you become aware that this is definitely the latter, as there is absolutely nothing new here, in fact, there’s not much in general, new or otherwise.

The logo is predictable and unimpressive, but at least it stays on theme, even if it is more the theme of an English based Irish themed bar than the country itself, but enjoy it, because this is the last reference to Ireland you will find within the design here.

The banner across the top of the page that scrolls through various promotions could easily use some original artwork based on the Emerald Isle, but instead you get artwork from games available at the site. There’s nothing wrong with that, but something on theme would be nice.

Past that there is little in terms of design, and nothing in terms of artwork. A plain black background stands behind the traditional thumbnails on the homepage that every site has by this point, which helps with navigation, but no more than it does anywhere else.

And that’s it, there is nothing more to the design here, a waste of a concept that was questionable in the first place, this is a prime example of how not to do it.

ProgressPlay have been plying their trade for a long time, it would be surprising if they hadn’t struck deals with a decent amount of software developers by now, but that doesn’t take away from the impressive range of games there are available here.

This games selection is so good it may have been just enough to make up for the dreadful design work, may have, if it wasn’t the same collection of games you will find at each of its siblings.