Up to 125 Free Spins on Warlords, Irish Luck, and Gold Factory. 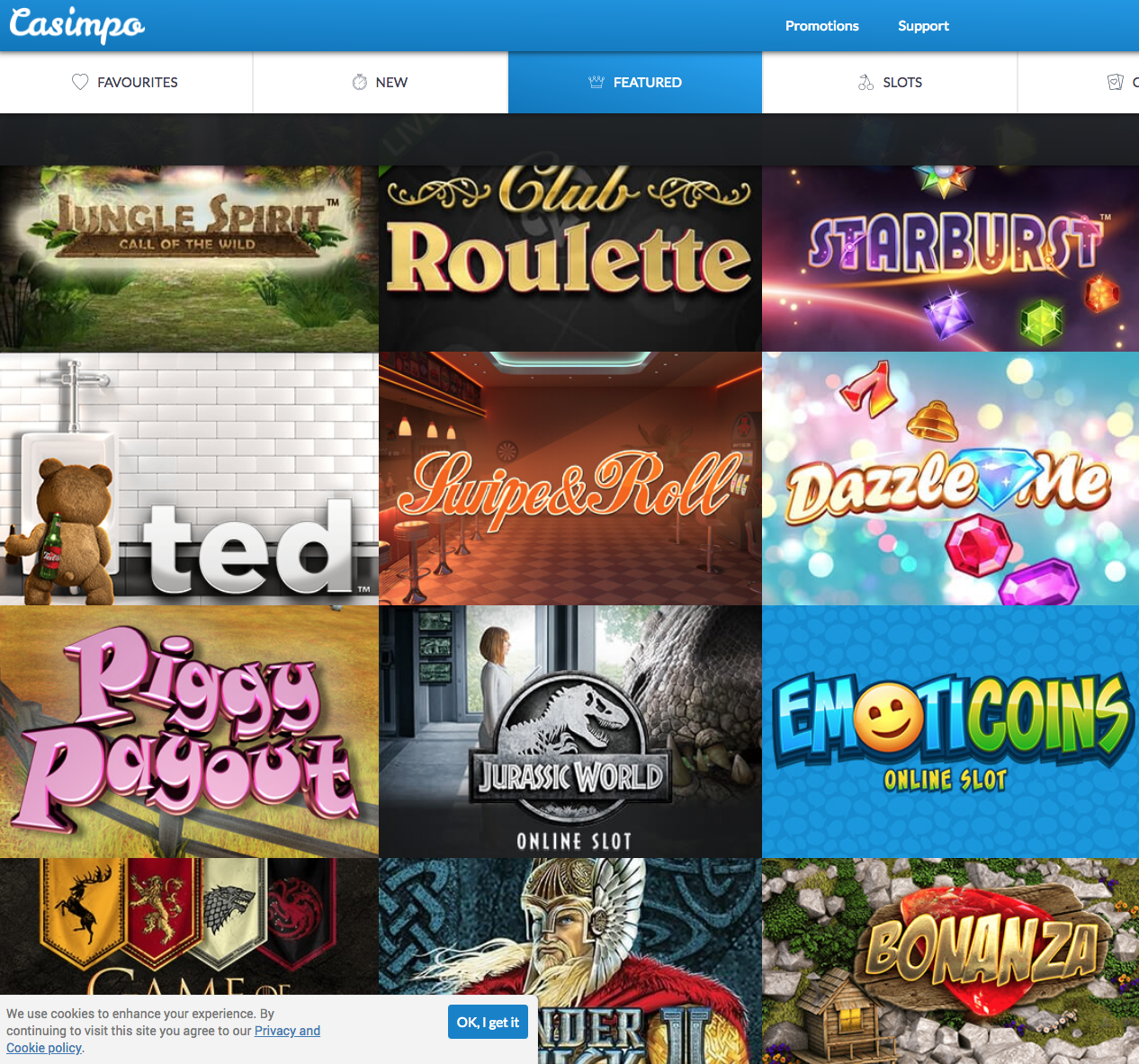 Launched in July (2018) Casimpo is one of the newest online casinos to be replaced from the prolific ProgressPlay.

With a name that, assumedly, was created by combining the words Casino and Simple, but not in a way that makes that in any way clear, Casimpo feels basic from the outset, and there is little that changes that the more you get to know this site.

ProgressPlay have felt lazy for a long time by this point, the above description of prolific is not one that is meant to compliment, there is a quantity over quality feel to ProgressPlay sites and that simply won’t do in the modern market.

The logic is understandable enough, the more sites you release, the more players you will get, but it’s not that simple.

The online casino industry is one of the most highly competitive in the world, with the most popular and established sites being those which offer everything a player could possibly want.

What ProgressPlay do instead, is to release several average sites instead of spending the time to create one very good one, and that is unlikely to be a trick that many online casino players fall for, especially when the online casinos on offer are of the quality of Casimpo, which is an utter disappointment.

With a design that is clearly looking to take advantage of the far more popular Casimba, by looking reminiscent throughout, but never similar enough to get ProgressPlay in trouble, Casimpo is a dull looking site.

The font in the logo is unattractive and basic, yet, for some reason, Casimpo repeats this font across the page in various headings, just to really hammer home how average it is.

The pale blue colour scheme does little to bring the site to life, and the layout is more or less identical to that at the majority of ProgressPlay sites.

Thumbnails on the homepage and the banner across the top of the homepage all allow for the artwork from available games to provide a good percentage of the design here.

In some cases, we have seen this be very successful, but it has to feel intentional, and it doesn’t here, so the result is that the original design work at Casimpo gets shown up by the far superior game art, making the site look even worse than it is, which is impressive, because it’s pretty bad.

In terms of design, ProgressPlay has never done much to get the attention of players, and with Casimpo, they may even have taken a step backwards.

With an operator that has been releasing sites as frequently, and for as long as ProgressPlay, you would expect there to have been many a deal struck up with software developers, and this is very much the case.
As a result, there is a strong selection of games available at Casimpo, coming from the likes of 1X2 Network, Betdigital, Big Time Gaming, Blueprint Gaming, Core Gaming, ELK Studios, Extreme Live Gaming, GW Games, Gamevy, Inspired Gaming, NetEnt, NextGen Gaming, Microgaming, SG Digital, SG Gaming, Thunderkick, Wazdan, and Williams Interactive.

Slots, including video, classic, and jackpot varieties, table and card games, and a range of live dealer options means there’s a good range in terms of game category as well as developer as well.

But the ultimate question is, is this enough?

Perhaps a decade ago, it would’ve been, but with the quality of the competition at this point, there are many far better sites that offer more games than Casimpo, leaving this site with nothing that helps it stand out.