Register at Buddy Slots for up to 500 Starburst Spins on your 1st deposit. 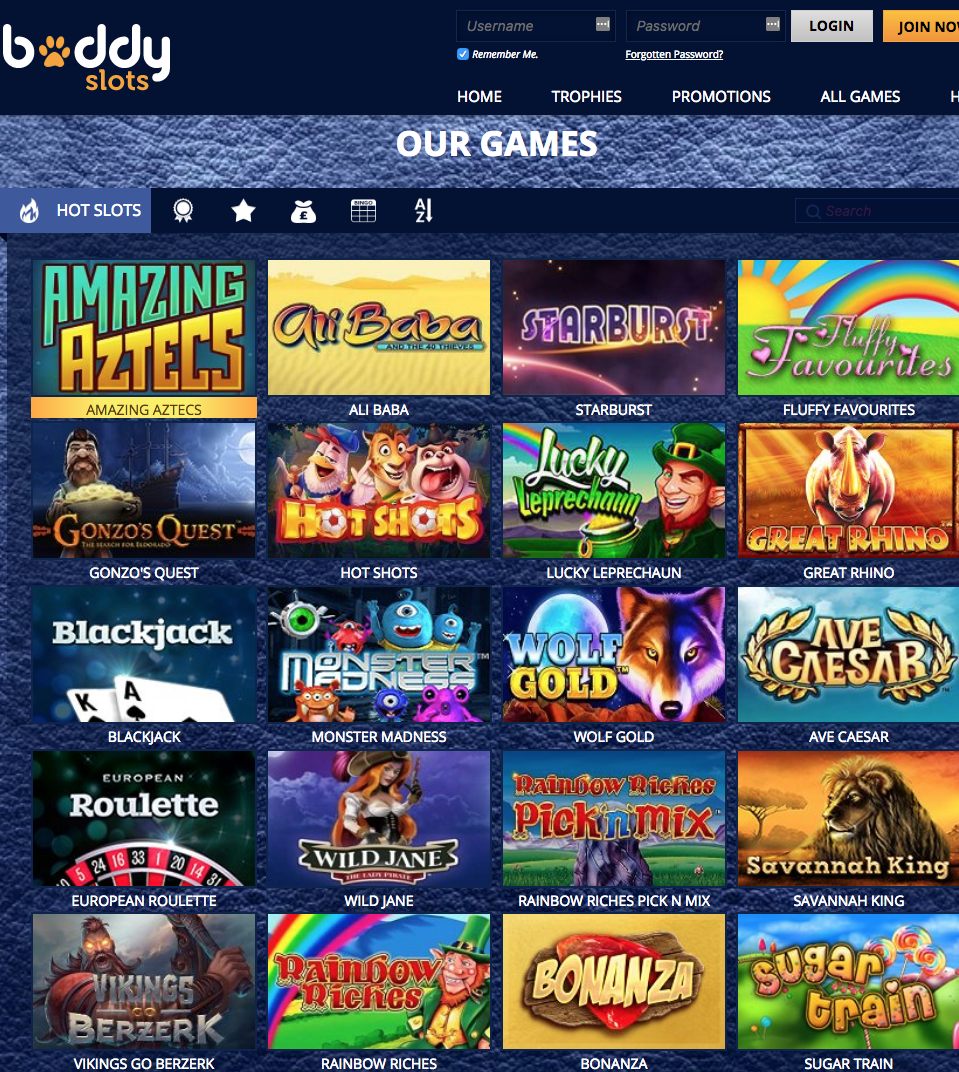 People like dogs, people also like slot games. As far as we can tell, that is the extent of the thought process that went into the creation of Buddy Slots, an online casino which is based around dogs, sort of, but we’ll get into that.

There is a general underwhelming tone at Buddy Slots, which will lead to it being no surprise to anybody that this site comes from the master of the underwhelming, Jumpman Gaming.

There are many issues with Jumpman sites, but perhaps the most important and potentially damaging of these may seem like one of the smallest.

When you move away from the Buddy Slots tab on your browser, the tab shouts at you, saying “Hey!” and “Come Back!”, which is something the majority of Jumpman sites do.

As the online casino industry, and indeed the iGaming world as a whole is focusing increasingly on the protection of vulnerable gamblers, and awareness of the risks of gambling related harm, having an online casino which literally begs players to come back when they may be taking an important break from playing is, at best, badly thought out.

If this was the only issue, Buddy Slots would be hard to be nice about, but that isn’t even the half of it!

The design here is entirely sub-standard, short of a picture of a pug in the banner at the top of the page, and a paw print acting as the ‘u’ in the laughably bad logo, there is nothing else dog related here, in fact, there’s no other real design work at all.

All you get is a blue background with thumbnails on it, it’s like the designers finished the logo, added the pug picture, and went “yep, that’s enough” but it isn’t, not even remotely.

In a sea of online casinos that are trying hard to gain the attention of prospective players with attractive designs and immersive themes, Buddy Slots has gone the other way, giving the impression of having made pretty much no effort at all, and just assuming that the popularity of slots and other casino games will be sufficient.

One would think that Jumpman Gaming would’ve learnt by now that this doesn’t work, being that their online casinos are rarely well-received by players and industry insiders alike, but it seems with Buddy Slots that, if anything, they have taken a step back, putting in even less effort than they had previously.

Buddy Slots is a dismal looking site, there is little else that can be said, an utter disappointment from start to finish.

It would take a lot of games for Buddy Slots to come even close to making up for the terrible start, but it does not have a lot, it has some.

That isn’t to say this is a bad selection of developers because it certainly isn’t, there are some of the very best here, and you can be sure that you will find at least a few games that suit your taste.

But players expect more, and they have every right to. When there are so many established sites providing many, many more games for players, there is nothing that Buddy Slots brings to the table that can set it apart in any way.

Buddy Slots is, frankly, abysmal, it looks awful, the collection of games isn’t up to scratch, and the traditional Jumpman additions only serve to make it worse.