Spin the Mega Reel after your first deposit to win up to 500 bonus spins. 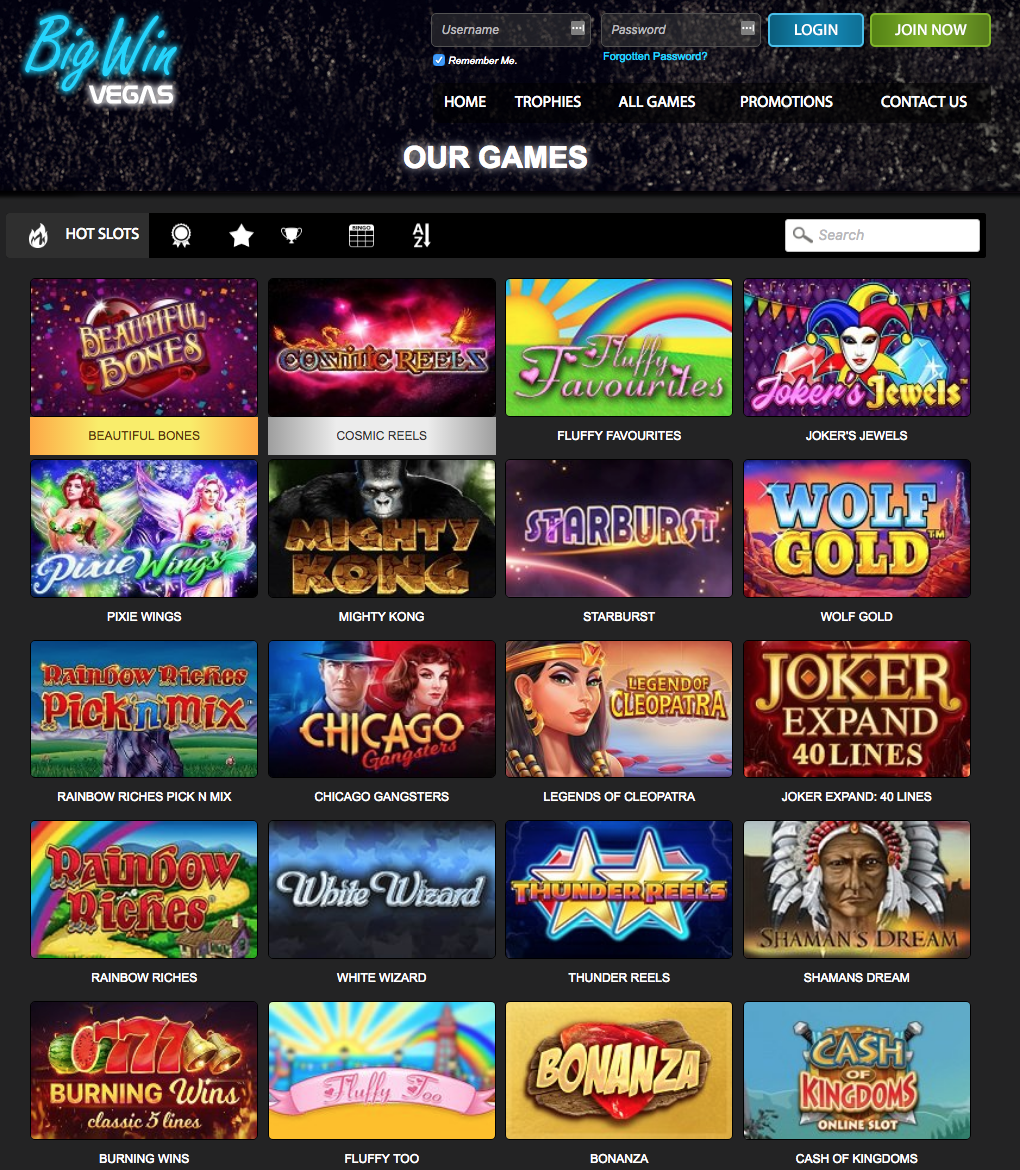 If there was a time when Jumpman produced fresh and exciting sites, that is so distant a memory now that it’s impossible to grasp onto, because for a few years now, all this network has produced is a steady stream of average, near identical sites that have nothing new to offer.

Big Win Vegas also suffers with one of the biggest issues that Jumpman Gaming sites have, and it’s something that seems so small.

If you go to a different tab on your browser while playing at Big Win Vegas, the site will call after you, imploring you to “Come Back!”.

This is clearly supposed to be a cute touch, something that gives a friendly tone to the site, but when you consider the importance that is being put on the protection of vulnerable gamblers in the modern era, it’s strange that this hasn’t been banned as an approach by this point.

While we can hope that maybe Jumpman will make that change without being told to, it doesn’t feel likely, and Big Win Vegas doesn’t get any better when you look past that issue either.

Even by the dismally low standards of Jumpman Gaming, Big Win Vegas is a properly ugly online casino site.

The background which is, assumedly, supposed to look like some kind of interesting stone wall design, just makes the banner of the site look clumsy, and the dreadful logo does nothing to help this.

The use of black and neon has proved successful for multiple online casino sites over the years, but it takes a certain level of effort to make that true, and effort doesn’t seem like something Jumpman are willing to put in here.

Navigation is simple enough, thumbnails allow instant access to popular slots, which is useful, but also expected, and it is arguably the only aspect of a site design that players expect, that Big Win Vegas actually does.

Beyond the unattractive banner there is just a plain black background, which, while looking boring and uninspired, is actually an improvement on the parts of the sites that do have original design to them, the design on the main page is provided mainly by the game art, and that is invariably better than anything Big Win Vegas has to offer.

There needs to be a lot in terms of software for Big Win Vegas to even come close to making up for its atrocious design, and, somewhat unsurprisingly, it doesn’t offer that.

The games that are here are of the highest quality, coming from well-respected developers, new and old, such as 1X2 Network, Core Gaming, ELK Studios, Eyecon, Gamevy, Genii, IWG, iSoftBet, NetEnt, NextGen Gaming, PariPlay, Playson, Microgaming, SG Digital, and Yggdrasil, the problem is, there are not enough of them.

There are countless casinos in the iGaming world that offer a wider range of games from a larger variety of software developers, and in most cases, they do everything else better then Big Win Vegas too.

We didn’t expect much from Big Win Vegas, but it’s managed to surprise us nonetheless, even for a site on the Jumpman network, this is a truly appalling online casino, with no redeeming features to it at all.