Register and spin the Mega Wheel to win up to 500 bonus spins on Starburst. 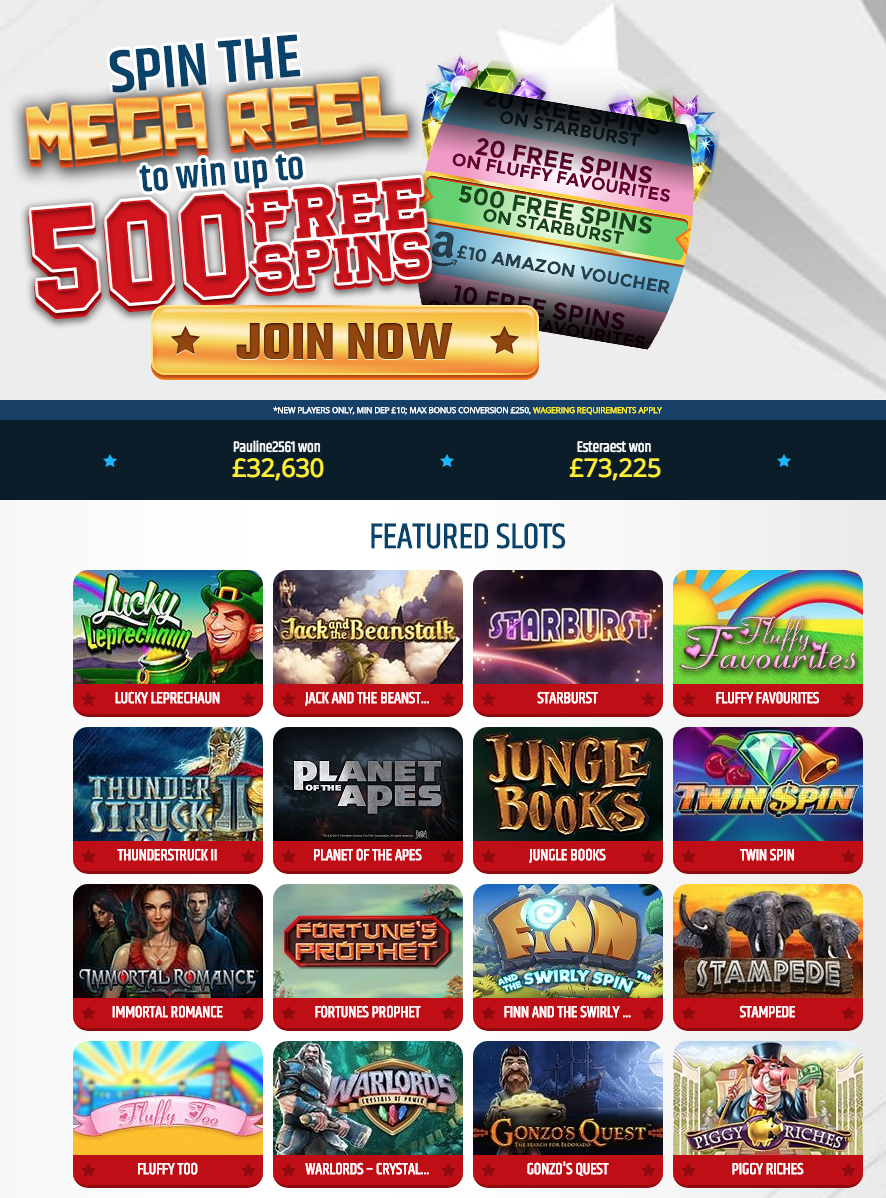 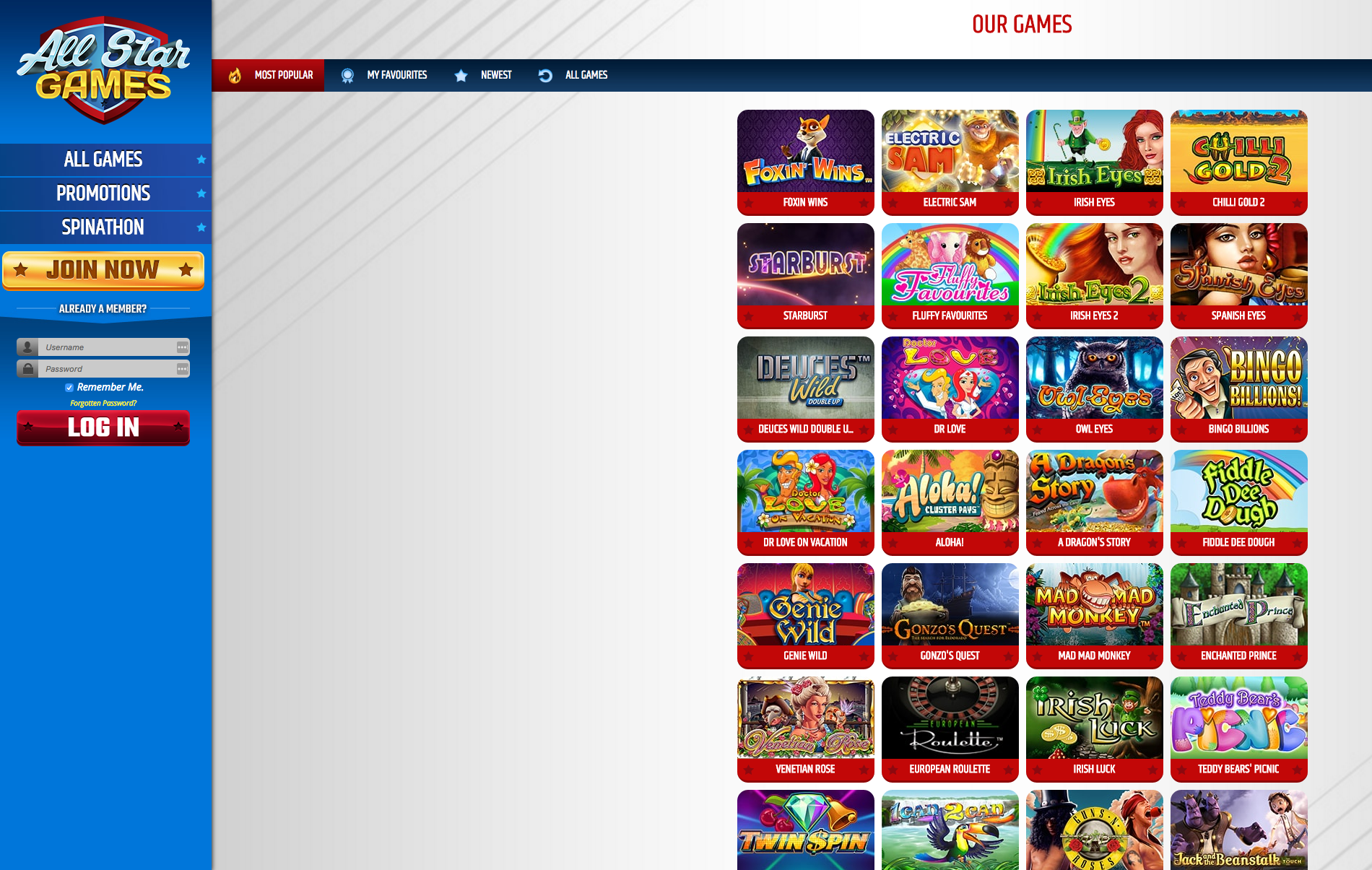 Let’s start with the obvious here, All Star Games is a simply dreadful name for an online casino site. it sounds like a maker of poor quality mobile sports games at best, and certainly does not create the impression of a good quality, respectable casino site.

All Star Games is powered by Jumpman Gaming, alongside the likes of Amazon Slots, Dove Slots, Fever Slots, Showreel bingo, and Viking Bingo, so there is heritage behind the site, which helps, but it still has a silly name, sillier than any other Jumpman site, which is quite a claim when you look at the list above.

All Star Games has a fight on its hands, this site was launched in 2017 and, as such, needs to come out swinging if it has any chance of making an impact on one of, if not the most competitive industry in the world.

It’s safe to say that succeeding as a casino site in 2017 is one of the hardest things to do, and All Star Games is going to need to pull a lot out of its bag of tricks to do so.

So, what does this site have to offer to ensure it manages to do just that?

Well, we thought the name was bad, and then the logo turned up, looking like the front cover of a 1980s basketball arcade game, but with none of the charm or nostalgia that would usually be attached to such a thing.

Also, All Star Games uses my least favourite marketing technique in its design, if you go to a different tab on your browser, the All Star games tab shouts at you to come back, which is not cute, or effective, it makes me want to leave and never come back, and, one suspects, it is not the best way to handle oneself in an industry that is constantly demanding new ways for sites and networks to protect addicts and vulnerable players.

Past that you have thumbnails on the homepage, which is useful, but the name of each game is randomly in a block of red, which doesn’t match the site in style or colour scheme and makes no real sense at all.

Navigation is unnecessarily difficult too, with sections consisting of favourites, popular, newest, and A-Z when it comes to finding games, but nothing that lets you search by genre or developer.

By this point, anyone who has chosen to take a look at All Star games is hoping the same thing, please, just please, let the gaming options be decent, because we have nothing to enjoy here if they aren’t.

Titles from Eyecon, NetEnt, NextGen Gaming, NYX Gaming, and PariPlay do a fair amount to reassure players that there’ll be good games here, but when you consider the sheer number of developers who provide software for sites that look and feel substantially better than All Star games, it just doesn’t feel like enough.

Once you do find a way to see all of the games available at the site, due to the aforementioned decision to not allowing searching by game type as an option, you will find a fairly small selection of table and card games, and an abundance of slots.

Unfortunately, due to the limited number of developers, a lot of your favourites may not be here (no Playtech slots or Microgaming slots for example) but you’re still likely to find something you’ll like. The question is, why would you want to?

All Star Games feels like a site that makes a minimal effort to try and capitalise on a popular industry, and this is likely to lead it to crash and burn, sooner rather than later.