Register and deposit £10 or more for 50 bonus spins on Starburst.

18+. New depositors only. UK residents only. Minimum deposit £10. Free Spins are valid only on Starburst and expire in 7 days. Excludes deposits made via Skrill, Entropay and Neteller. 1 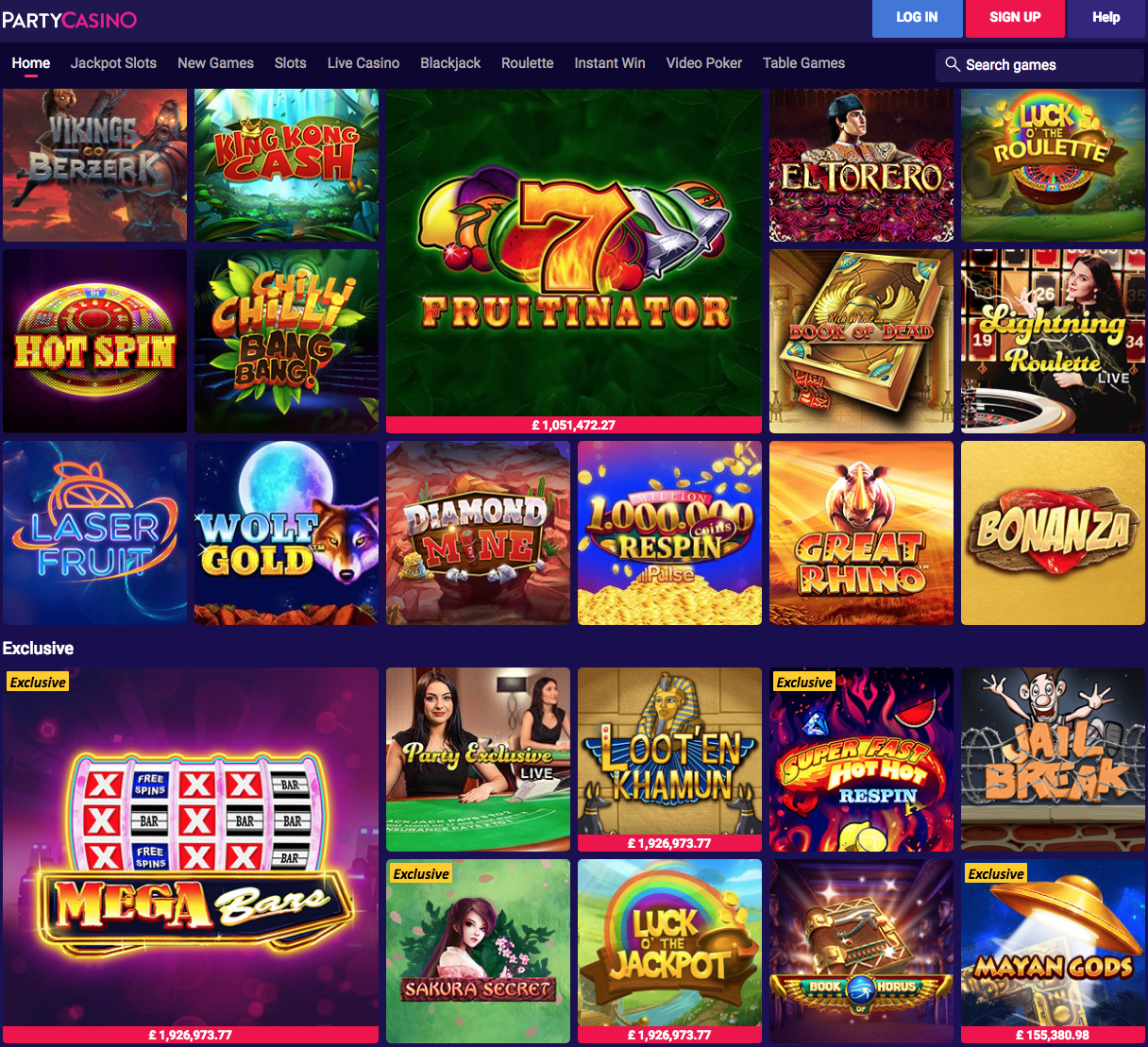 Being the other half of the well-reputed and popular bwin/Party group, Party Casino is an online casino that brings with it a certain level of gravitas that many of its competitors could only dream of.

But reputation will only carry a site so far in the modern iGaming world, however strong that reputation may be.

Given the highly competitive nature of the industry, it takes more than just having a recognisable name at this point to maintain success, so while the size and notoriety of Party Casino certainly doesn’t hurt, it also isn’t enough on its own to ensure Party Casino can continue to enjoy the level of popularity it has to this point.

That being said, Party Casino is part of arguably one of the most important families in the iGaming world, and that shouldn’t be taken lightly.

Lesser known than its sister site, Party Poker, Party Casino is the upstart younger sibling, trying to repeat the success in the online casino world that its poker themed relation managed.

The size of Bwin.Party means that Party Casino benefits from its own game studio, which we will get into later, and there’s more like that.

Being part of such a huge company means that Party Casino can offer things that other online casino sites couldn’t dream of, and that creates a definite head start.

It would be a shame if Party Casino wasted this opportunity, so, can this site live up to expectations?

As a sibling to Party Poker, one would assume a similar approach to design here, and while that is true, care has been taken to show the differences between the two.

As with its Poker brethren, Party Casino takes a simple, subtle approach, but instead of a sophisticated black design scheme, there is a lot more colour and character here, to represent the needs of the wider online casino player base.

A mainly blue colour scheme is punctuated with essences of pink and white, while the simplicity that carries through all sites on the network allows the games to be pushed front and centre.

Most of the artwork on the Party Casino homepage comes from the thumbnails for a variety of popular games, which also allow instant access to said games, helping with the general ease of navigation that the site offers to players.

Some online casinos go all out on their design, with colour and noise in every direction, Party Casino has no need for such measures, instead, this is a professional looking site that makes it clear gaming is taken seriously here, but there’s always an undertone of fun.

Add to that the proprietary Bwin.Party software on offer, and you have about the widest array of both games and game categories that you’re going to find anywhere.

The online casino industry may be competitive, but in terms of games, there are only a handful, at most, which can come close to this collection.

Party Casino is simply excellent, and it knows it. No bells, no whistles, just the best games being provided by an operator that has made their name through being consistently top quality.