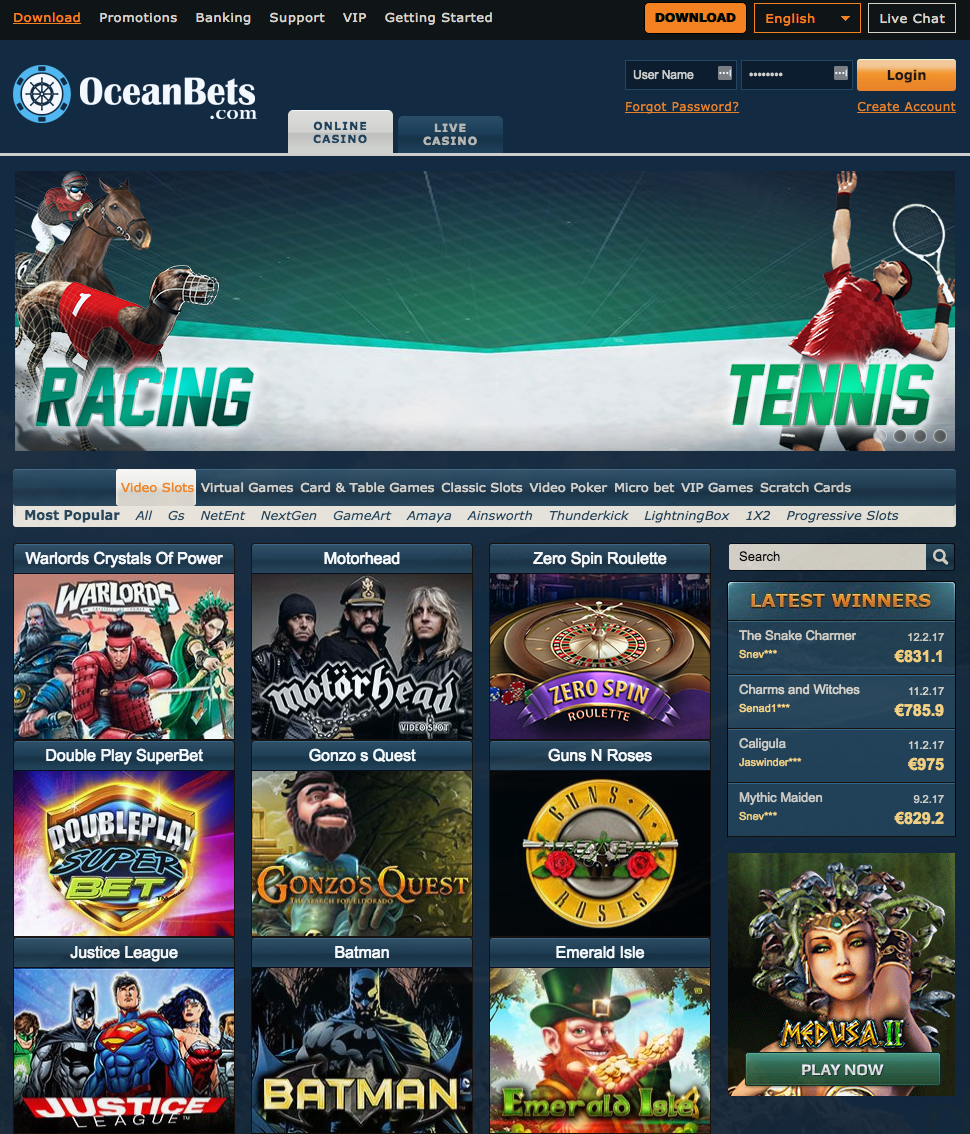 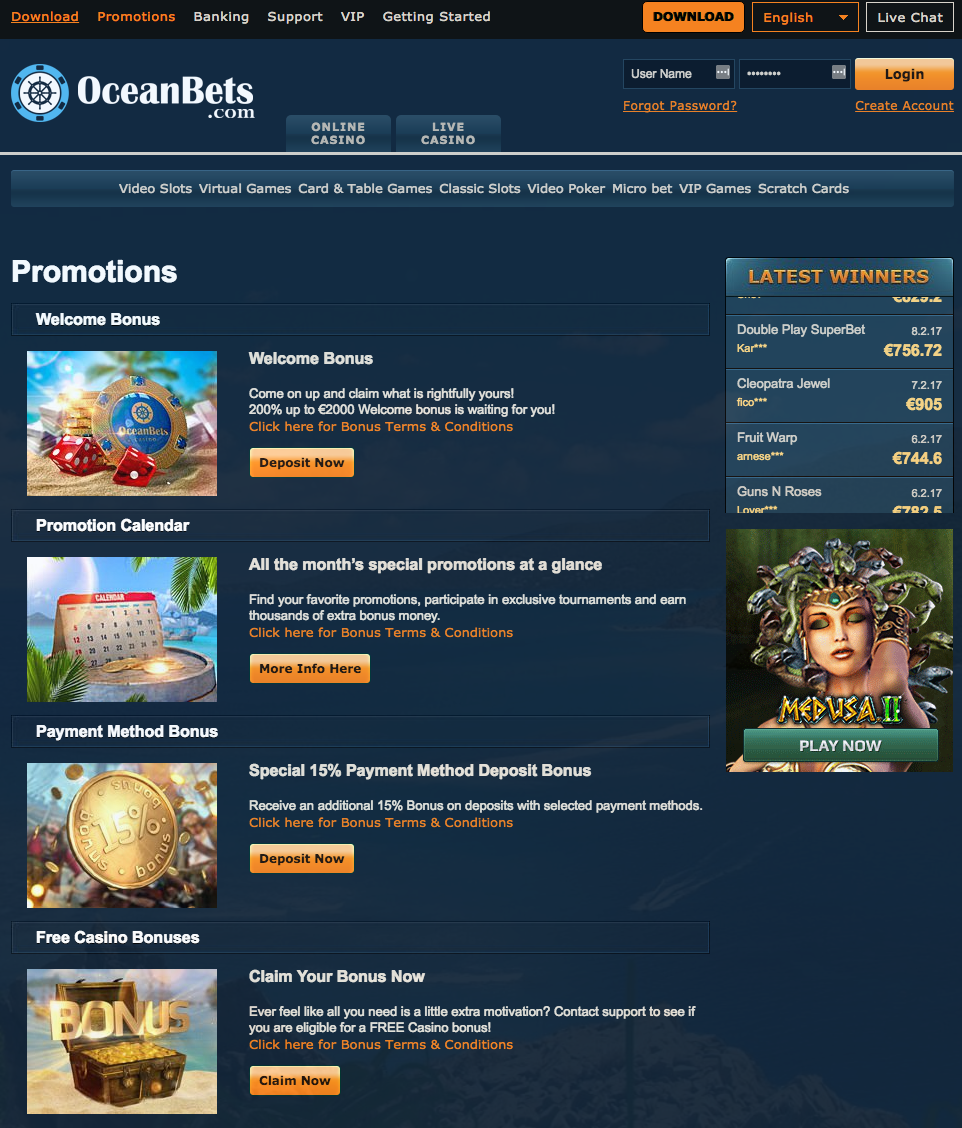 OceanBets Casino is part of the Game Tech group, and as a member of that network, comes with a caveat. Game tech, in 2016, were found to be using unethical practices by offering players access to bootleg versions of NetEnt titles.

This was discovered, the company was penalised, and there is nothing to suggest that ethical malpractice of any kind is still going on with the group.

Game Tech have something of an issue when it comes to their sites, something I like to call the old-school Dragonfish problem. This refers to the fact that every site that game tech operates offers essentially the same thing in terms of content, which leaves players pretty much choosing their favourite looking site, because there is very little else fresh about any of the sites.

This leaves OceanBets to pretty much rely on how it looks to stand out, from its Game Tech brethren as well as the host of other sites that are to be found on the internet, which makes what is already a tough battle, a fair bit harder.

Launched in 2015, OceanBets has enjoyed a certain level of popularity, but does this look likely to continue?

As alluded to earlier in this review, OceanBets is relying on how it looks more than most casinos sites have to (and first impressions are important in the online casino world as it is) so they need to bring something special.

As the name suggests, OceanBets is themed around the ocean, or more specifically, a beautiful, clear ocean as viewed from an island paradise. The background image, which is just that, with a luxury cruise liner visible in the mid-distance, is far from the most unique design touch any site has ever used, but it looks great, and sets the tone of the site nicely, providing that originality isn’t always the most important thing.

This image is striking, but also rather distracting, so it’s nice that OceanBets have left the rest of the design of the site simple and subtle for the sake of balance. A dark blue block of colour provides the backdrop to a variety of thumbnails that allow instant access to a variety of the site’s most-loved games, adding a sense of ease of navigation as well, which is continued through the simplicity involved with locating other games, as well as promotions and general information.

That’s where the originality of any kind ends, as now you are dealing with content that is pretty much shared across all game Tech sites, but if there is the first site from the group that you’re dealing with, then don’t assume that means it’s a bad selection.

This means that variety and quality in terms of games is a guarantee here, with old favourites (Gonzo’s Quest, Starburst, Doubleplay Super Bet) available alongside new releases from the last few months (Frog Grog, Warlords: Crystals of Power, Motörhead). There’s also blackjack, roulette, video poker, and more for those who favour table and card games, as well as micro bet and scratch card games.

As you can see, a list that isn’t unique doesn’t have to be bad, and if you’ve never played at a Game tech site before, then OceanBets is as good as any other, but that’s about the best you can say for it.