ExtraSpel is an online casino that has been on the market for some time now, having launched in 2011. However, when it came to converting online casino sites to be mobile-friendly in order to take advantage of the rapidly expanding mobile and tablet casino playing community, ExtraSpel was very late in making the move.

Now this casino is available for mobile users, the amount of time it took, and the odd feel of the ExtraSpel mobile site combine to make it feel like this was a choice that was made of necessity, and the craft and passion that went into the desktop site has just not been carried over.

If you are a desktop player more than a mobile player though, then the strong reputation that ExtraSpel has gained over more than half a decade in the highly competitive online casino industry should be enough to spark your interest.

Known for both their content and their customer service, ExtraSpel should, on paper, be able to tread water and expect their success to continue, but there are no guarantees in the world of online casinos, and as more and more sites hit the market, even those who have enjoyed a strong number of players for many years are forced to up their game, and after their disappointing mobile offering, is this something that ExtraSpel is capable of?

It has become the done thing for new sites to include a selection of thumbnails allowing swift access to popular games on their websites, and unlike its mobile casino, ExtraSpel was one of the first to jump on this bandwagon, and it could probably be argued that nobody does it better.

Where some sites may incorporate these thumbnails into their design, ExtraSpel feels like the design has been built around the thumbnails, ensuring that the games are always front and centre, never allowing the artwork of the site (which is very aesthetically pleasing) to detract from the focus that is on the content.

If you click the More Games tab enough times, you can search through every single game that is available at ExtraSpel on the homepage, which is genuinely impressive, and will be popular with younger players who are more in tune with the immediacy of modern technology.

It isn’t a unique or overly exciting design, but it has a logic, and it makes the site feel trustworthy, which many would consider more important than whether the casino looks pretty.

There was a point when the collection of games available at ExtraSpel was disappointing at best, due to titles only coming from a couple of providers and not from the big names in the industry, but that time has gladly passed.

With games coming via Amaya, Microgaming, NetEnt, NextGen, Neogames, Play’n Go, and many more besides, you can rest assured that there will be something to suit your taste.

This is especially true if you’re a slots fan, where titles like Great Wild Elk, Starburst, Divine Fortune, Grim Muerto, Thunderstruck II, Fire Joker, Taco Brothers, Bloopers, and Jungle Jim are only the tip of the iceberg when it comes to the plethora of new and classic slot titles that are available at ExtraSpel.

Table and card game fans aren’t neglected, there’s a selection of games for you too, and a few scratch cards to finish off the list, but it is the slots offering that is the most impressive here.

Maybe not the best site you’ll ever find, but if bells and whistles aren’t your thing and you’re after a site that is straight forward, easy to use, and consistently good, then ExtraSpel is a great shout. 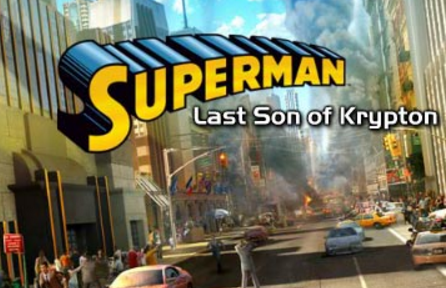